Work-life balance for everyone

Private and work lives are becoming more and more intertwined. And that has an impact on all members of your organisation. For every department, Orange outlines the impact of the so-called work-life balance. A handy overview. 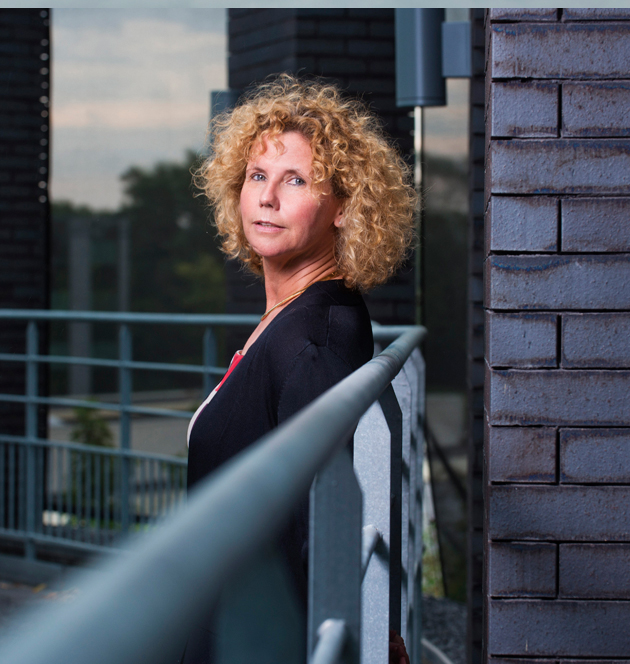 “Work-life balance includes diverse departments within a company,” says Danielle Jacobs from BELTUG, the union of professional telecom users. Today, people often work at home as well as at the office. They are often on the road, in Belgium or in other countries. “A coherent approach is needed.”  We survey a few company departments and suggest focus points.

“Work-life balance is about how people feel at the office. And about their earnings. This is why, on the level of the HR department, good, strong agreements need to be made,” says Danielle Jacobs, General Manager at BELTUG.  The most important task for an HR department is the drafting of a policy. However, collaboration with other departments, such as IT or Facilities, is strongly advised. “We notice, for example, that departments sometimes do not speak to each other enough. In a lot of companies, people start from a mixed-up line of attack.”

A proper HR policy will decide the approach.  So, among other things, it is about deciding on having or not having a free choice of mobile devices, as well as the use of social media, apps or working from home. “What is crucial in such a policy is the question of who has the right to what. For this, you can divide people based on profiles, but the best idea is not to make it too complex.”

At BELTUG, they differentiate between two extremes in the approach. On the one side, a company can set strict standards and limitations.  The other extreme leaves the initiative and choice with the employee. The truth often lies somewhere in the middle. “Above all, a policy does not need to be forever,” says Harold Ryckaert, Chief Information Officer (CIO) at SD Worx.  “Evolution goes quickly. In our company, there was no talk of YouTube, chat or Facebook two years ago. But now, that’s all completely different.”

For the financial department, the emphasis is on the management of costs. “Staff members, who are given a mobile device and a contract by their employer, are often completely unaware of the costs involved. Some accounting or financial departments regularly send emails to staff members with an overview of their communication costs. This is especially useful for people who spend a lot of time abroad,” says Danielle Jacobs. There are also companies that, via formulas like Invoice Split from Orange, keep the call costs for work and those for private use clearly separated.

“A lot has been done already to improve communication costs,” she says. In the meantime, there are bundles for mobile data for a variety of staff members and for a variety of devices belonging to one user. The communication between fixed and mobile calls have become steadily cheaper over the years. And for roaming, this is also going in the right direction. “Operators have strongly cut the costs for speech and data traffic on account of the European legislation,” says Danielle Jacobs. There is still a great deal of uncertainty, especially when it comes to distant destinations. “Companies are best off contacting their operators to request special formulas for abroad.”

Management and Protection of Mobile Devices

Companies see the management and protection of their growing fleet of mobile devices as an absolute priority. The market for so-called mobile device management systems, which provide this care, is growing substantially. “Until very recently, especially small suppliers offered this, which made companies reluctant to jump on board. But in the meantime, RIM, an established name, has also become involved,” says Danielle Jacobs. Despite all these initiatives, as a result of the interweaving of work and private life, the IT aspect remains delicate. “A company will therefore be obliged to be able to remotely delete all data from a device. That could also mean the recent holiday photos an employee has on their device are removed,” acknowledges Danielle Jacobs.

This means that in 2012, the IT department will need to loosen up.  “For us, trust and freedom are key words,” says Harold Ryckaert from SD Worx.  For the laptops, SD Worx opts for the rather more traditional approach of devices that are purchased and managed by the company.  But employees can choose which mobile phone or Smartphone they use based on a system of vouchers from Orange. For tablets, the Apple iPad is standard. “Apple does exactly what we need in relation to our work, it seems.  Although there is one important consequence,” says Harold Ryckaert. “In exchange for this freedom, we have to encrypt the data on the devices to secure it. It’s a pragmatic global approach with a clear vision,” he believes. 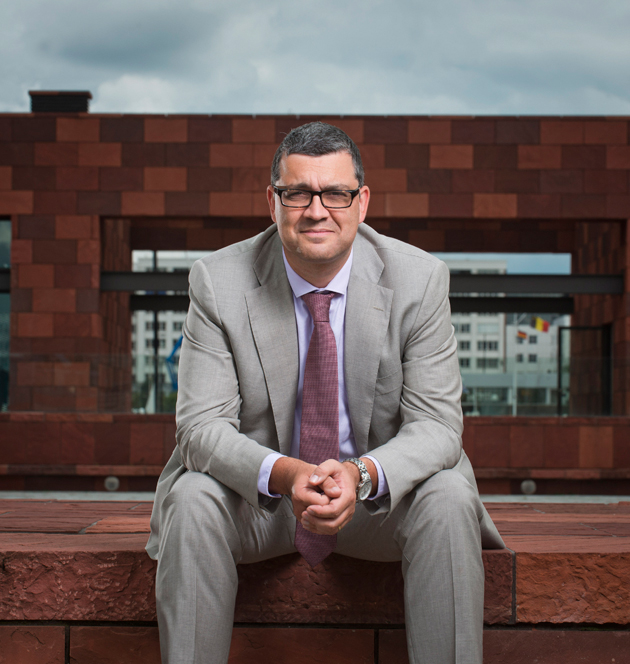 The task for top-management is to keep people feeling good with all the new evolutions and their benefits for productivity. “I notice that companies allow more than before, especially with social networking. All this depends on the company culture. Working from home is also getting more readily accepted, while until recently, this was reserved solely for typical knowledge workers,” says Danielle Jacobs. However, you need to find a balance. “I sometimes hear managers complaining that they can no longer get all their people together for a meeting in the office. Because everyone sees working from home as an acquired right.”

It is important to change the mentality of the people.  “The policy that we have developed around work-life balance is also intended, to a large degree, for the management in our organisation. Because they need to give up some of the traditional physical control. We give them the technical means, such as a ‘presence indicator’, to be able to keep contact with their people,” says Harold Ryckaert.  “But the so-called command and control, where you, as a manager, physically drive and control your personnel, belongs to the past.”

Neither the employer, nor the employee can demand to work at home. “Both parties need to agree on it,” says Laurent De Surgeloose, lawyer at DLA Piper who is specialised in employment law. “It can also be arranged later, with, for instance, an appendix to the employment contract.” Interestingly, there are two legal provisions which employees can fall under.  “On the one hand, there is Collective Agreement 85 for teleworkers.  These are people whose activities are able to be performed at the workplace, but who, with use of information technology, regularly do their work elsewhere,” explains Laurent De Surgeloose.  On the other hand, there are the home workers, who fall under the Arbeidsovereenkomstenwet.  “They are used more by foreign companies without sites in Belgium.”
If something is not defined in either of the two pieces of legislation, we go from the concrete situation. The consequences that the two pieces of legislation, Collective Agreement 85 and the Arbeidsovereenkomstenwet, have on organisation are also important. The consequences of ignoring the specifications of the Arbeidsovereenkomstenwet in relation to working from home can be quite far-reaching.  If an employee falls under the specification of the Arbeidsovereenkomstenwet in practice, an employer needs to meet certain requirements, such as defining and paying compensation relating to the costs of the home-based work. “As an employer, if you don’t do this, you risk being forced to pay a lump amount equivalent to 10% of the wage as compensation for the costs that are linked to the work from home, unless the employee can provide supporting documents to demonstrate that the actual costs are higher than 10% of the wage. Furthermore, if there is an absence of written documentation in relation to working from home, the employee can put an end to the agreement at any time without needing to comply with a term of notice or compensation.”

Besides putting the legal requirements in black and white, the aspect of control of communication appears in Collective Agreement 81 and is crucial to the work-life balance.  “An employer may not look at the browsing or email traffic of an employee. Control of communication is strictly regulated,” says Laurent De Surgeloose. Collective Agreement 81 specifies under which conditions checks can take place. But even here it is important to work in collaboration with the HR department to establish a policy for personnel. In every case, work-life balance is relevant to everyone. 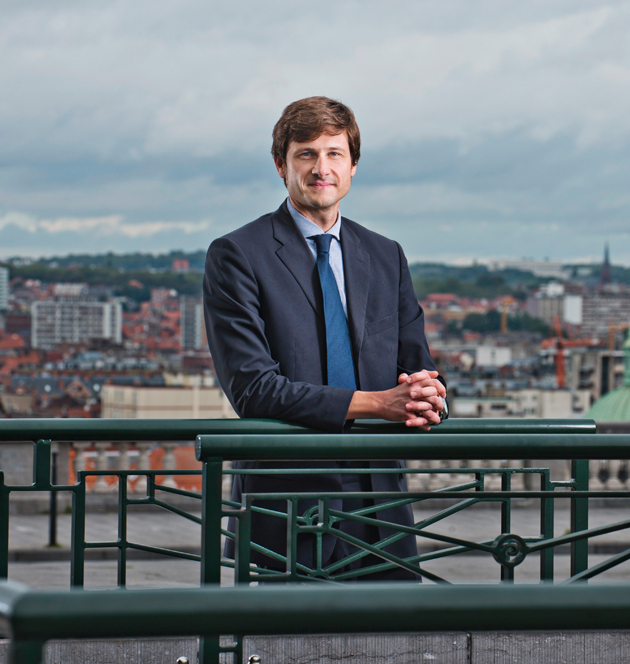 Download our whitepaper and learn how to introduce the new way of working in your business.

Hello, Interested
in our offer? Welcome to
Orange Business.

Thanks for your interest in our offers, let's schedule a meeting.

Are you already an Orange Business customer?

Our product line can be adapted to your needs and those of your company.

No, I need assistance