A 360° experience for the connected consumer

In the ever-advancing information age, it has been predicted multiple times that the technology of an earlier age would irrevocably close. Did video and DVDs in their turn herald the end of television? Did digitalisation make our offices paperless? As is often the case with forecasting anything, the outcome was quite different in each of these cases. Therefore, it begs the question: what will happen to physical stores now that online sales via webshops are rapidly increasing?

The death of the physical store?

All sorts of gloom and doom scenarios have predicted that the death of the “brick & mortar” store is inevitable. Numerous technological innovations that rely on virtuality and mobility would seem to make this old prediction plausible. In practice, however, the shopper appears to be a good deal more complicated than initially thought. The consumer is steadily using the online and mobile possibilities more actively during his shopper journey, but for the moment a visit to the physical store isn’t under serious pressure, just yet.

The shopper of the 21st century has a smartphone and a tablet, and he uses them when he begins shopping. What he doesn´t do is shop exclusively via these channels, because the shopper of the 21st century is a “connected” consumer: he uses all of the virtual and physical channels at his disposal. Today, shopping is a 360° experience for all of the senses, both “live” and “virtual”. 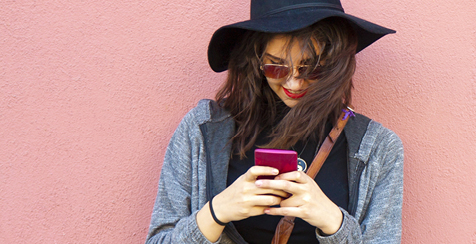 The consumer comes into contact with a retailer on numerous occasions. In the consumer’s perception, the channel scarcely plays a role in this. Everywhere and at all times he wants a seamless experience with the same look and feel: either he has an online order delivered to his home or collects it at a pick-up point, or he makes his purchase in a physical store. Stores are thus increasingly experience centres, where buying is a completely personalised affair.

Even “pure players” like Amazon, Coolblue or Zalando, which originally were active solely online, have come to understand this. They’re opening physical retail stores, because their customers expect it. On the other hand, a webshop serving as “window dressing” without concrete added value for the consumer will not work. It is clearly an and/and, not an or/or story. So the crucial question is: how do retailers deal with this new reality of the demand for connected retail?

After all, in a connected retail strategy the objective of the client is decisive, and he has high expectations. He finds that the integration of channels is a matter of course. In order to be distinctive, therefore, the retailer has to go one step further. The customer doesn’t perceive "channels" but rather has an experience, which is enhanced by logically leading the connected client through a strong concept in which non-stop connectivity is a seamless and functional reality.

Technology is the lever for making this seamless experience possible and facilitating it.

Want to know more? Curious how, together with Orange, you can set up a connected retail strategy? Don’t hesitate to contact us.

Offer employees at different sites secure access to your corporate network thanks to a secured private data network.

Use our network data for your Data Analytics application. Improve your services and stay a step ahead of the competition.

Enterprise Messaging is an effective professional communications solution that enables you to send SMS from a dedicated platform or directly from your business applications. Send meeting reminders, inform your teams of their schedules, or use two-factor authentication for secure online transactions. All of these features, plus tracking capabilities, reporting and management to meet all of your organisation’s needs.